Indian Shot Plant is a common garden plant mostly with red or yellow flowers. The species has several cultivars with slight variations. In many places in the tropics, its rhizomes are used as food also.

Since this plant looks like a miniature of the banana tree, it is called Vazhachedi in Malayalam.

Its botanical name is Canna indica. There are many cultivars and hybrids developed from it. The photos in this post are taken from Kerala, and it is probably a cultivar as its flowers are bigger than usual.

Looking very much like a banana tree or heliconia, the Indian Shot is on average 1 to 2 meters tall. Its stem is delicate, which grows from rhizomes.

Similar to banana, its leaves are also big, usually 1 meter long and 20 to 30 cm broad with pointed tips. The flowers have vivid colors. It shines like a red-hot iron under bright sunlight.

The colorful flowers do not have a well-defined appearance. The petals have an organic shape.

Although the name is Indian Shot or C.indica, its origin is not in India. The plant is indigenous to the tropics of Central and South America, the islands of the West Indies, and parts of the U.S.A. Now it is introduced to other parts of the world as well.

Often found by the side of ponds or water bodies, C.indica requires warm climate & wet soil. It prefers places with ample rainfall.

These are some pictures of the plant from Kerala 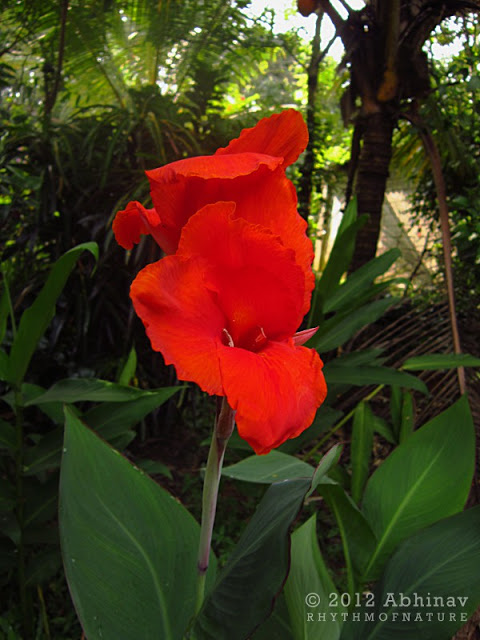 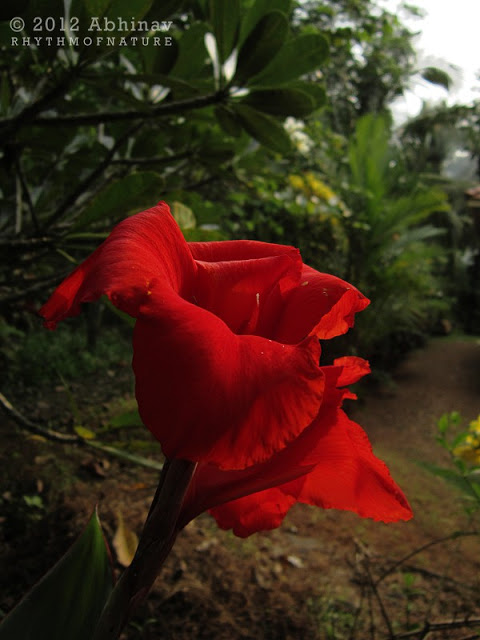 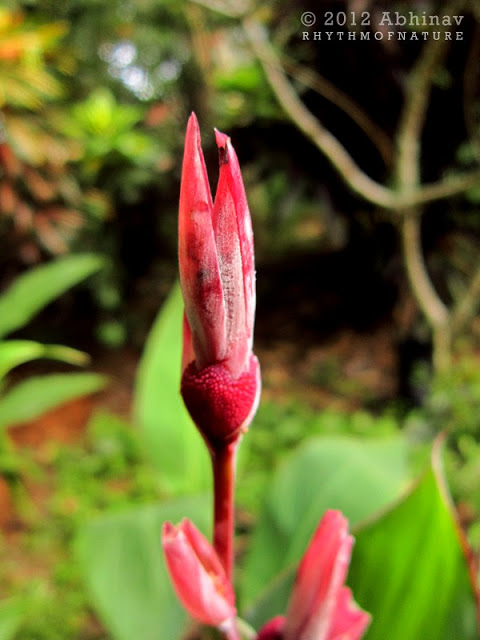 The flower is more attractive during rainy days with the water droplets on its blood-red colored petals, as the red color gets a fresh shade after a rainfall. 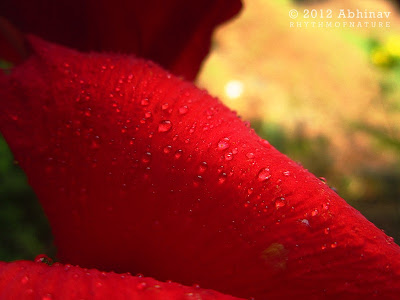 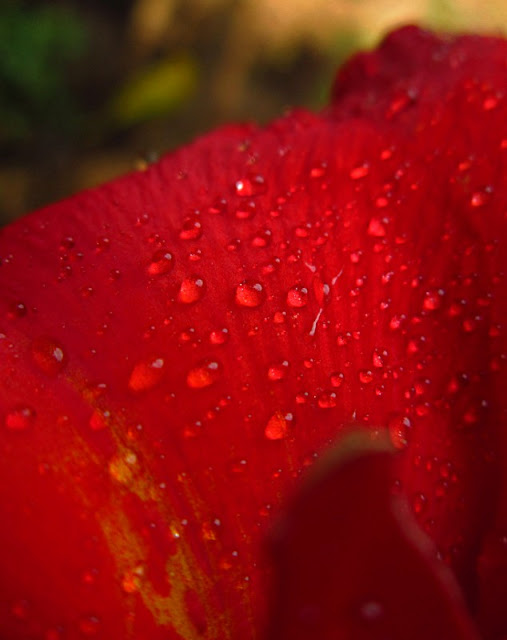